The single most important right of the people is the right to be fairly and adequately represented in Congress and in their state legislatures.

In 1961 Florida has a population of 5,243,000 and had 94 representatives in the state legislature, The people had 1 representatives for every 55,776 constituents and the people were fairly and adequately represented.

When Florida adopted a new Constitution in 1968 the state's population had grown by 1.4 million and as a result 26 new legislative districts were added to maintain a proper ratio between the number of representatives and the number of people being represented.

If Florida's House of Representatives was properly apportioned we would have 400 representatives instead of only 120.  The political power of the people has been transferred to the agents of the financial elite.

If properly apportioned every city in Florida with a population of over 50,000 would have their own representative in the Florida State House of Representatives.

Every 10 years number of legislative districts needs to adjusted to match the growth of the state's population. If the population grows by 10% there should be a corresponding increase in the number of representative.

Florida has 1 representative for every 168,927. Compare how Florida is represented compared to the other states. 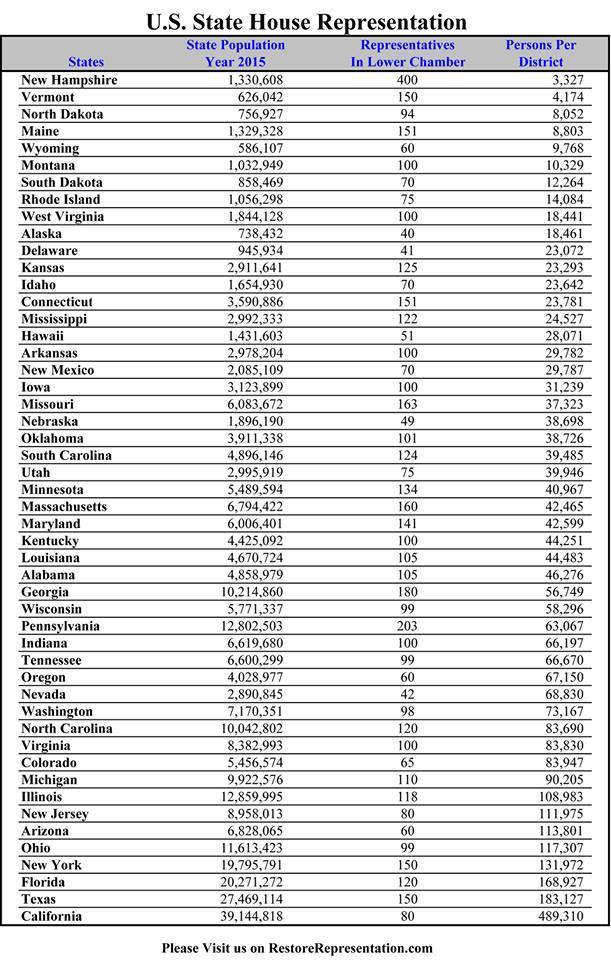