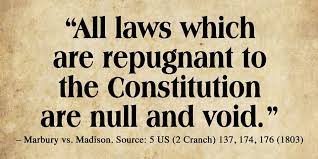 On  April 8, 1913 the Secretary of State  William Jennings Bryan announced that the requisite number of 36 states had ratified the proposed 17th Amendment and declared it officially ratified.

He failed to follow the provision in Article V which prohibited Congress from proposing any amendment that would deprive a state of its equal suffrage in the senate without their consent.

In order tor the amendment to have been lawfully ratified the approval of all 48 of the states would have been required. Thirty-six states agreed to amend the Constitution and twelve states refused to give their consent.

Even though the proposed amendment deprived several states of their Constitutional right to be represented in the senate, the Secretary of State either made an honest mistake or he deliberately violated the provisions found in Article V of the Constitution.

Since the senatorial election of 1914 these states have voluntarily complied with the provisions of the 17th Amendment and have failed to preserve, protect and defend the Constitution.

Every legislator in every state has taken an oath to preserve, protect and defend the Constitution and sustaining an unconstitutional amendment is a flagrant violation of their oath of office.

It is the responsibility of every oath keeper to preserve, protect and defend the Constitution and to continue complying with the unconstitutional 17th Amendment is an act of treason.

Welcome to
Committees of Correspondence