Are We Good Enough for Freedom The Constitution has not failed us, we the people collectively have failed to follow the road map it established.

A Constitution that is not backed by virtuous men and women is not capable of  preventing evil and conspiring men from taking control of the planet.

Like the foundation of a building a nation must have a solid foundation, The principles spelled out in the Declaration of Independence are the keys to peace, prosperity and freedom.

The founders believed that it was self-evident truth that  all men and women are the children of God and we were endowed with the same rights and responsibilities as everyone else..

If the Constitution was strictly followed the system it created would succeed, but when it is not enforced it destroys the liberty it was created to promote. 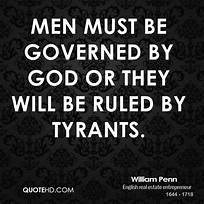 The Constitution should have been perfectly aligned with the principles outlined in the Declaration of Independence, but sadly it was not. The fact that the institution of slavery was authorized in the Constitution doomed our Nation from the very start.

To live in the land of the free everyone must be treated equally under the law. The seeds of the Civil War were planted when the Constitution was ratified in 1788.

In his initial  draft, Jefferson stated the right to own property was a God-given right. and that the taking of a man's property without his consent was a form of theft.

Contrary to what you may believe, the Constitution is not the Supreme Law of the Land, it is subordinate to the Laws of Nature and Nature's God..

In order for the Constitution to have succeeded in protecting the lives, liberty and property of the people, it would require the people to hold government officials accountable.